Emerging US state/federal legislation regarding Blockchain

Saw, this and found it interesting …

This is an emerging area, I don’t have any particular insight into what impact this legislation will have for POA Network if any.

I wonder what kind of legislation is on the table in other states and/or on the federal level, not sure even where to look.

This is a great news for crypto community as well as state of Wyoming and I wish other states as well as Federal government will follow their example.

I was waiting for this since the bill passed House of Representatives recently.

Unfortunately I feel that US is behind some of the countries to adopt blockchain technology from legal point of view.

For example, if somebody buys Ethereum (let’s say on Coinbase) and then transfers it to their wallet, they would have to pay income taxes on price difference. This clearly shows that whoever came up with this regulation, doesn’t yet understand this technology.

Also, as with any other regulations, it would be harder for US to adopt it as quickly as some other countries since every state will have to come up with / adopt their own regulations, and then there is Federal Government.

Here is some information on Nebraska progress: 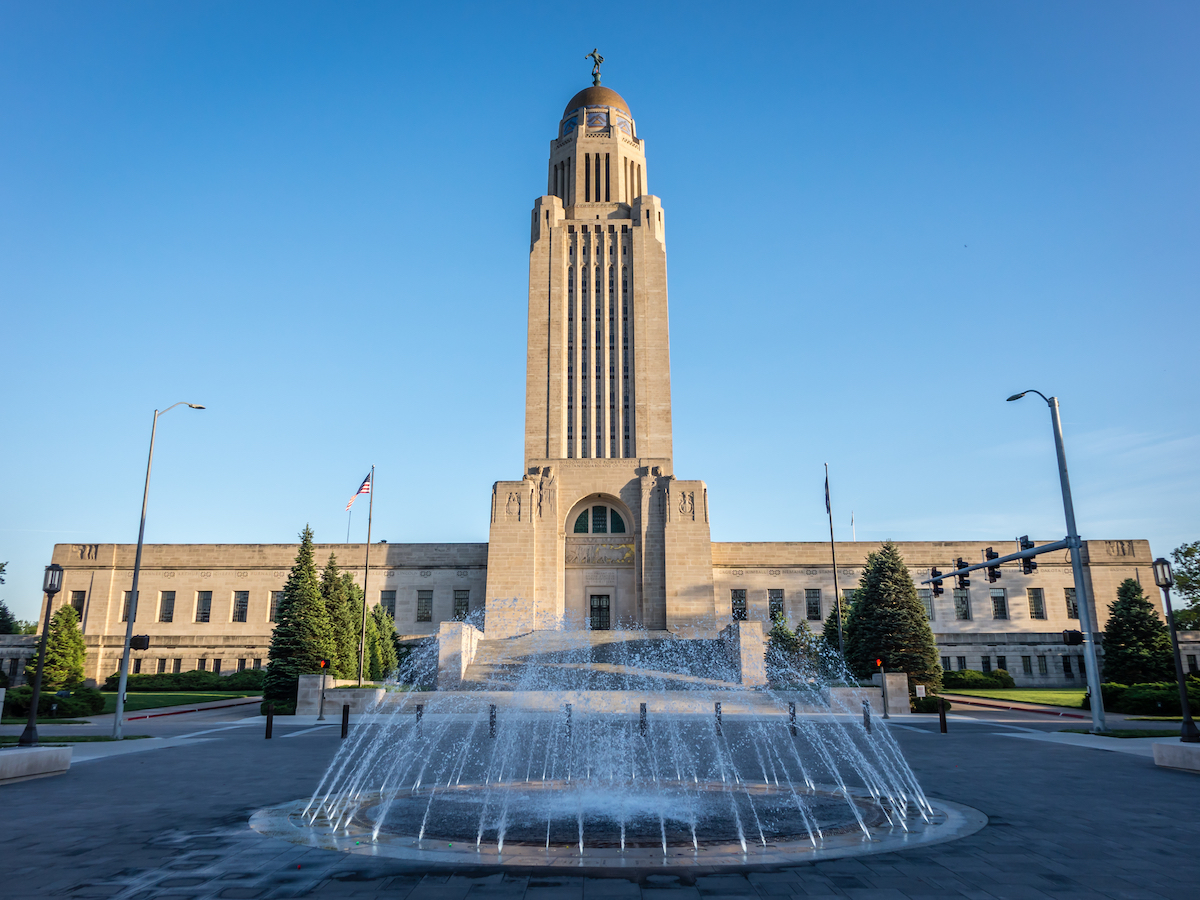 Four pieces of legislation concerning blockchain technology have been introduced in the Nebraska legislature already this year, three of which were debated in committee this week. Proponents of these bills say they will help to protect consumers...

In California there is a bill submitted, if passed, would update the state’s electronic records laws to account for blockchain signatures and smart contracts.

Senate Bill 464, if passed, will accept Bitcoin as payment for taxes and state licenses

John here are my thoughts on the bill.

In my opinion this really just affects operating centralized entities that want to ICO (maybe a centralized exchange with a utility token perhaps) and the way crypto should be reported and treated tax wise by individuals and business. For a decentralized open source project I think the waters are still very murky in terms of actual guidance.

Great news! It looks like the blockchain bills that were up for review in Tennessee passed!

Importantly, the Tennessee law explicitly acknowledges the legitimacy of smart contracts. SB1662 explains, “No contract relating to a transaction shall be denied legal effect, validity, or enforceability solely because that contract contains a smart contract term.”

On Thursday, Tennessee became the latest state to create a legal foundation for the usage of blockchain technology and “smart contracts.”

The bill was first introduced by Senator Robert Hertzberg in January, but public filings show that the measure has picked up steam in recent days. The State Senate’s Banking and Financial Institutions Committee referred the measure to the Judiciary Committee on April 18 after advancing it with a “do pass” recommendation.

If approved by that committee, the full Senate will vote on the measure, which would legally recognize information about a company’s stocks, including ownership, stored on a blockchain.

Should California approve the measure - an outcome that is far from guaranteed - the state would join Delaware and Wyoming in allowing companies to use the tech for administrative purposes.

Historic legislation has been passed by the state of Delaware, that would make explicit the right of corporations to trade stocks on a blockchain.

Just heard this podcast today and wanted to link it back to here — Unconfirmed: Caitlin Long on How ‘Utility Tokens’ Are Now Legal In Wyoming - Wyoming is doing some very cool things!

Ohio has introduced a blockchain bill into it’s Senate.

“Senate Bill 300, introduced by Senator Matt Dolan, amends sections of the Uniform Electronic Transactions Act to include blockchain records and smart contracts as electronic records. Further, the bill allows for smart contracts to be legally enforceable as any other contract may be.”

Heard at a tax cryptocurrency event yesterday that Arizona is considering the acceptance of bitcoin for tax payments.

According to the bill, the Arizona Department of Revenue, upon receiving payments in crypto for “tax and any interest and penalties”, would be obligated to convert the cryptocurrency payments to U.S. dollars within 24 hours. 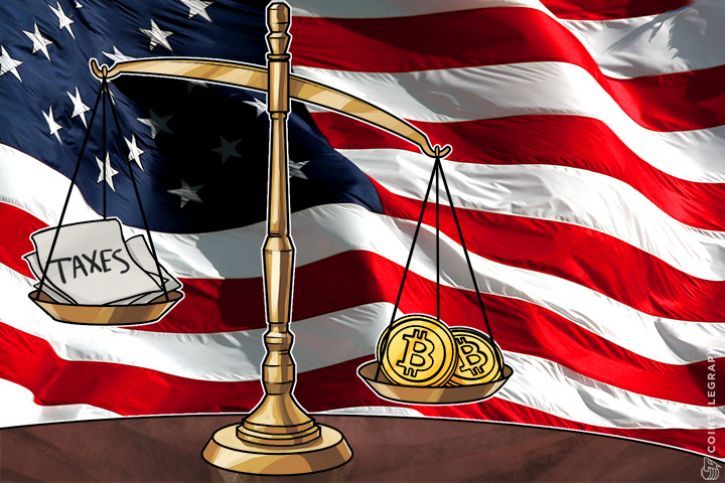 The Arizona Senate has passed a bill to allow its residents to pay taxes with cryptocurrency, setting up the state to become the first in the US to do so.

I was reading about this the other day.

“Brian Forde, a former Obama administration tech adviser and also Candidate for California’s 45th District, in conversation with Bloomberg, has stated on his visions and proposals on cryptocurrency and further policy.”

Brian Forde, a former Obama administration tech adviser and also Candidate for California’s 45th District, in conversation with Bloomberg, has stated on his visions and proposals on cryptocurrency and further policy. He kicked off the conversation...

“Pointing to the successful raising of about 130000 dollars at crypto.forde.com, Mr Forde argues that this is because people want to see legislators who are scientist and technologist in the congress and not emotional and irrational thinking as which is currently existing there.”

Help elect the "Crypto Candidate for Congress" Brian Forde, former Obama Senior Advisor who wrote the White House memo on crypto, and started MIT’s research lab on crypto, is running for Congress. His election is in -709 days and we need to support...

There is an ongoing race toward blockchain adoption. Many states now realize that friendly blockchain regulations could mean big bucks in taxes for them so those to make the first move will be able to benefit the most. This is great news for the crypto space because as more and more states start to embrace the tech it will place more pressure at the federal level to come up with comprehensive regulation that protects consumers but that also provides companies with the right tools to develop more on this tech.

Found a great list of legislations for each US State

Great link - thank you for posting!

Wyoming continues to lead the way in the blockchain legislation space. I’ll be attending a social event next week with the Wyoming legislature reps and the Wyoming Blockchain Task Force to find out more information on these proposed draft bills. Here’s all the info in case anybody is interested.

Great summary of the recent developments. What is the general sentiment in Wyoming? Are senior legislator taking those bills seriously? Who is pushing for the adoption of those laws within the state?

If you read the posts from above this info is available. Wyoming has been leading the way on blockchain discussion and prototype legislation.

Wyoming has always had a history of embracing free markets/tech and is one of the best places to do business as far as regulation and taxes go (no corporate tax or income tax). Yes, legislators are taking it seriously, they already passed 5 blockchain bills and were one of the first states to create legislation: https://media.consensys.net/wyoming-passes-5-pro-blockchain-laws-points-the-way-in-digital-asset-regulation-6fae9e07d129

The Wyoming Blockchain coalition is helping to drive legislation and is made up of quite a few high profile individuals: http://wyomingblockchain.io/about/